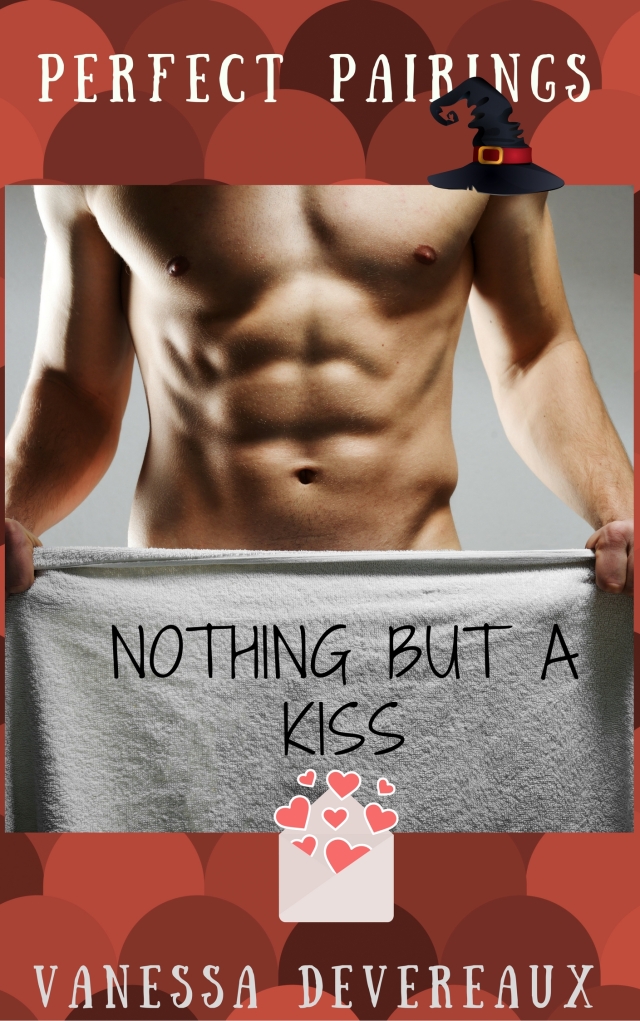 Some of you might have already read the books in my Perfect Paring series. It’s been five years since the first story was published (Take a Chance On Me). I recently got rights back to the book and decided to reboot the series, tweak the name…it’s now Perfect Pairings, and add more content.

Another thing I decided to do was enroll the book in Amazon’s KDP select program which means it will be on sale exclusively there for the next three months but don’t worry if you don’t have a Kindle because you can download an app and read it on your computer too.

Here’s the synopsis and an excerpt and I hope you enjoy this rebooted tale of Sadie and her matchmaking company.

What do you do when you’ve been sentenced to fifty years of hard labor in the Department of Love and it’s your job to match couples who might never met? Plus, you can’t use any of your witching skills?

Sadie’s been a bad witch and now has to pair two people who thought romance and love wasn’t in their destinies.

Meet physical therapist, Rachel and returning soldier, Mitchell. Both have something from the past haunting them but Sadie knows it’s something that can draw them together and make them fall in love.

Will she be right or will her first attempt at matchmaking go horribly wrong and will she resort to a little witchcraft?

Sadie put her knitting down and instead decided to channel her nervousness on the simple art of tapping her fingers on her lap. By nature, she wasn’t a worry-wort, but being summoned to a hearing of this nature meant only one thing: trouble ahead.

She couldn’t blame anyone besides herself. Who would have thought having a little fun would result in her being ordered to appear before The Board? The hearing had gotten underway ten minutes ago and things did not look good for Sadie.

“And how much was the total cost of the damage to her neighbor’s car?” asked the chairwoman, Margery.

Sadie slid down on her chair. She knew the answer to that: a hell of a lot. Mercedes Benzes aren’t cheap things to fix.

“Twenty-five thousand dollars. There was also damage to the front lawn and part of his house when he drove the car into his living room,” Becca said, flicking through her notes.

Now that last part had been his own damn fault. He should have hit the brakes as soon as he’d felt himself careening into the front yard.

“And Mr. Mooney. Did he suffer any injuries?” Margery asked.

Becca turned back to the first page of her notebook. Sadie glanced down at her fingers, this time pretending to check her nails. Sadie knew what was coming next, and for that reason couldn’t bring herself to look Margery in the eye.

“He broke his nose. He needed ten stitches in his forehead, and is still recovering from a broken leg.”

Sadie slyly looked up for just a minute to see if she could read any emotion on the chairwoman’s face. She was a cool character and Sadie knew it would be tough figuring out which way Margery would vote.

Margery pulled her glasses down to the tip of her nose and glared over their rims. Sadie tried not to look her directly in the eye, but Margery, being older by 175 years, had more power and Sadie couldn’t resist.

The older witch beckoned her over to the chair directly in front of the table that seated the five head elders.

I could run but what would be the point? I wouldn’t make it to the door without them out hexing me. Time to face the music.