You’ve probably guessed I love writing stories that are part of a series. As well as my favorite shifters and cowboys, I enjoy historical books, especially those set during the Regency period. I’ve penned two trilogies in that genre so I thought it was time to work on a series. This one I’m calling Regency Rakes and Rogues. I’m currently working on book one in the series which I’ve titled Pleasured by a Lord. I’ve included chapter one in the re-released edition of The Pleasure Room. I finished the first draft last night. This will be my first all new self-published venture so fingers crossed! Once I’m done with editing and polishing it, it’s off to the eagle eyes of a professional editor. 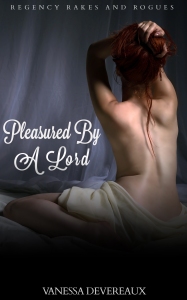