I’m slowly making by way through all the back titles and now have three more revamped and back on sale…more being revamped soon so stay tuned! 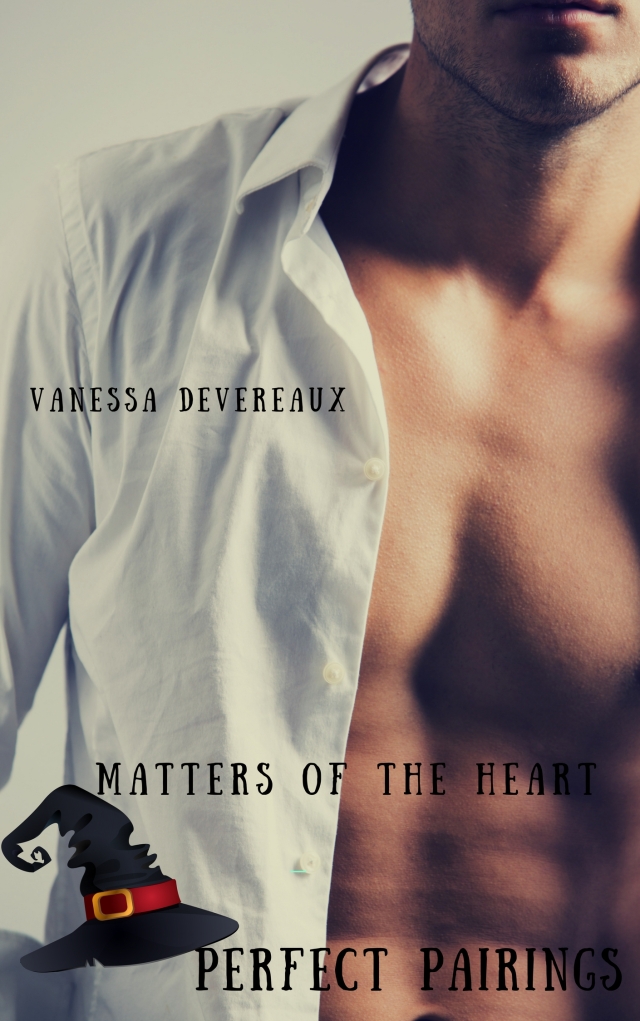 First one is the fourth book in my Perfect Pairings series, Matters of the Heart

Lucy Davis has always loved Bryce but never told him as much. She’s even signed on with matchmaking service Perfect Pairings in hopes they can finally be a couple. However, one day Lucy picks up the newspaper and sees that Bryce is now married. With her heart broken, she goes to see Sadie Sutton, president of Perfect Pairings, to tell her she won’t need their serives after all. However, Sadie’s convinced that the universe has other plans for Lucy, including a man who will sweep her off her feet.

Brad Ryan finds a baby sitting on the doorstep of his sheriff’s office. If that isn’t a big enough surprise, he discovers a note tucked into the baby carrier informing him he’s the daddy. What’s a sheriff to do when he’s suddenly thrown into the role of single father? Sadie might have the answer and it’s in the shape of a nanny called Lucy. Will these two fall in love, and will Sadie have another successful pairing to gloat about?

Second one is Letting Go

After Glen Billington returns home from his service in the army, he goes to collect his dog from Ava Dawson, and he’s immediately attracted to her. Problem is there’s a wedding band on the third finger of her left hand.For the first time since she lost her husband, Ava feels smitten by another man. When Glen’s aunt informs him that Ava is a widow, he decides to take a trip back to see her but under the guise of needing help with dog training. Can Glen take away the pain she’s felt since her husband’s death? And can he finally convince her that there’s nothing wrong in letting go?

And finally, I Must Be Dreaming (previously titled Dreaming)

How difficult could it be to take care of your five-year-old niece? Rob Conners thinks it’s going to be a breeze, but when Mollie gets gum in her hair there’s only one thing to do—head to the nearest hair salon. Jenna Hopkins had one crush in high school and that was Rob Conners. She can’t believe he walked into her salon a decade later. The only course of action is to play it cool and pretend she never had fantasies about him. However, despite the passing of ten years, the crush is still there and now it seems the attraction might be mutual. Can these two former classmates find love and happiness or are they both just dreaming?