The first book is titled The Bear Next Door and features the first couple (Bear Shifter and his human mate) to get together after the lifting of a ban that’s been in place in the county.

Here’s the premise of the series and I hope you enjoy this first book as much as I did writing it. There will be another book in the series released at the end of the month so stay tuned.

Welcome to Bay Harbor Springs, one of the first towns in Benningan County to experiment with the idea that their bear shifter population and non-shifter residents should finally be allowed to date, have sex, and possibly mate.

Before legislation passed, all shifters were known as forbidden and any shifter found to have anything but a platonic or business relationship with their non-shifter counterpart, would be forced to wear a radio tracker, be fined, sometimes jailed, and repeat offenders were banished from Benningan County for ten years.

The non-shifter female residents sometimes found this rule the hardest to abide by because everyone knows that a bear shifter is downright hunkalious.

Many women found themselves unable to resist these sexy werebears and many of the bad boys paid the price by handing over huge fines for a short kiss while others spent time behind bars for a quick rendezvous in the backseat of a parked car.

The Non-Shifter Alliance (all male) has decided that each month a limited number of permits will need to be issued before any sexual activity can commence and it’s on a purely a first come first served basis.

As you can imagine a record number were applied for just minutes after the ban was officially abolished and sexual encounters with the Forbidden Shifters began soon after.

These are the stories… 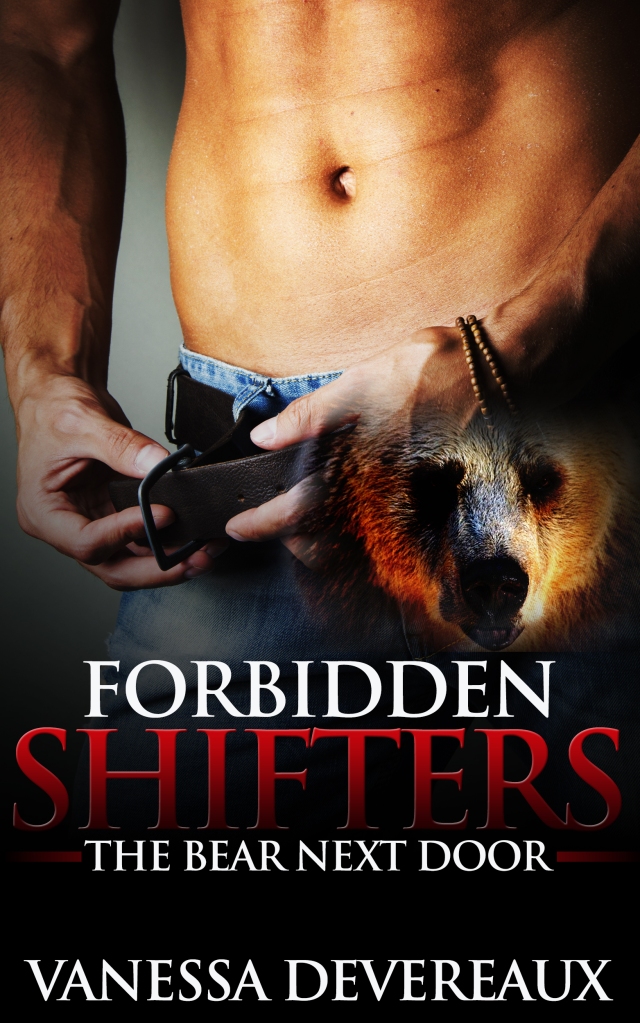